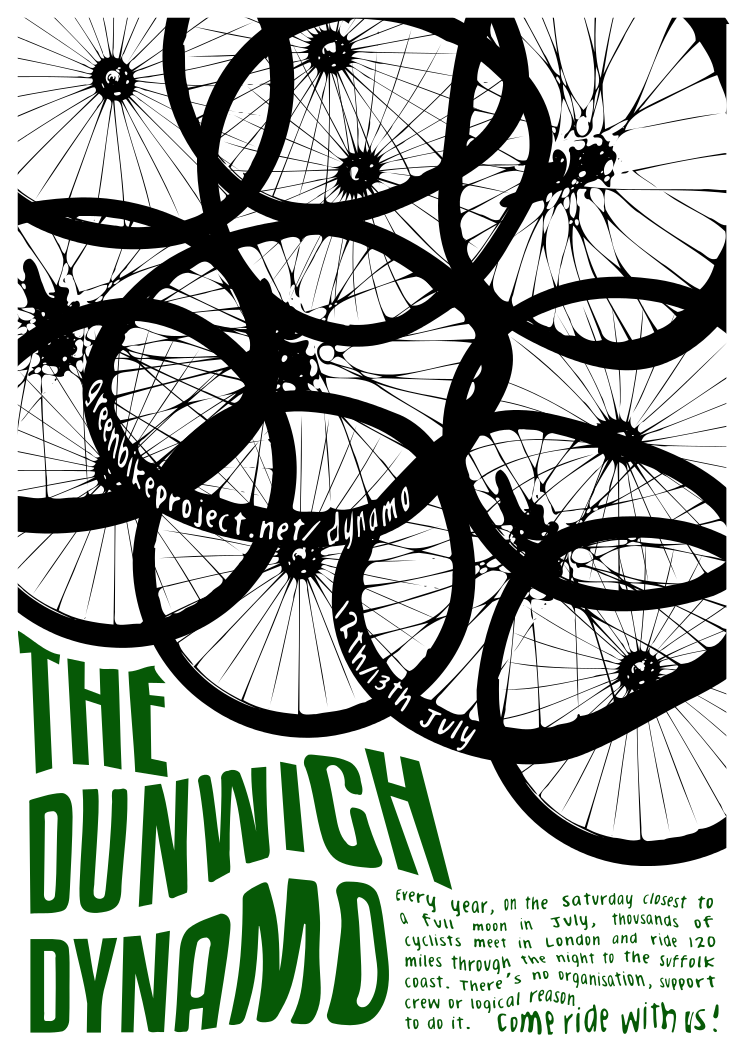 This year’s Dunwich Dynamo will take place on the night of Saturday 12 July / Sunday 13 July. We all cycle there and Southwark Cyclists run the coaches home to make sure you get home safe and sound.

On Tuesday the 5th of November the Green Bike Project will be holding its first Annual General Meeting at 6pm in Beorma Bar in the Guild of Students.

This will be a really good opportunity to meet other members involved in the Green Bike Project and get to grips with how the shop functions and how a co-operative business works.

An AGM is held every year to elect the board of directors and inform the members of previous and future activities. We currently have a membership of 59, but if you haven’t yet signed up you are welcome to do so on the day of the meeting to participate in the meeting.

You can find details of the Agenda here: http://s.coop/gbpgeneralmeeting2013
Supporting documents will be circulated to our members and supporters email list in due course before the meeting for people review. 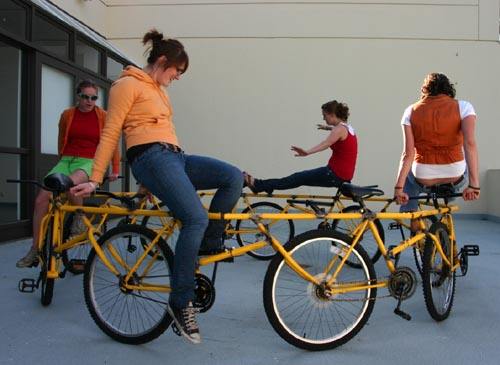 Birmingham City Council recently won a funding bid for cycling which awarded them £18m of money with which they intend to invest in an overhaul of cycling infrastructure in the city.Included in the original plan was the proposal to create a ramp from the canal towpath up to university station. The ramp would allow bicyclists and those in wheelchairs or with mobility issues easy access to the canal. Network Rail are currently blocking the ramp plans and pushing for a less accesible push rail to be implemented on the existing stairway. The addition of a ramp would greatly benefit the cycling community at the University of Birmingham and allow the thousands of commuters to the university easy access to an underused car free bike path. You can find the online petition here: http://s.coop/allowacanaltowpath and the full text below 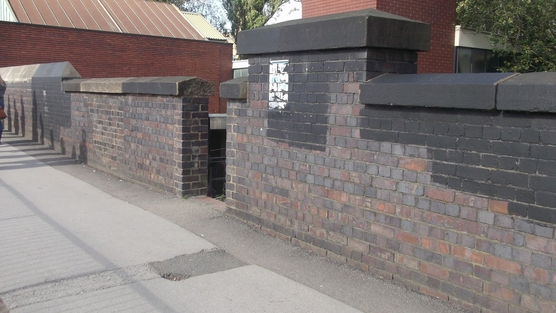 We, the undersigned, petition for a more accessible pathway between the canal towpath and the University Station bridge. This will enable a variety of users to access something that we should all be able to enjoy. This will not only benefit cyclists, who currently struggle to get from the station to other parts of the city, but also a variety of other groupings – such as people with mobility issues, parents with young children, and older people. Having a towpath will be good for all as it will enable more forms of sustainable transport, more healthy lifestyles and less expensive transport options for people. It will also give the aforementioned groups more autonomy in their choice of transport. However, if people cannot access it using stairs, then a ramp would be a good choice – and indeed has been included as a proposal in previous papers. With a current modal rate of 1% of all journeys in Birmingham, our cycling provision needs to be better and those first steps (only one month after the DfT’s grant was awarded in August) are opportune moments to show Birmingham City Council is creating a revolution not an evolution – as we gather you were concerned about when ‘Changing Gear’ was presented in April 2013. Please support this if you are in favour of supporting more sustainable, green forms of transport within the Birmingham city area, promoting healthy lifestyles, and helping vulnerable groups to make autonomous choice with regards to their transportation. Let’s turn the car city into a cycle city – revolution not evolution. Supported by Tom Wragg (Vice-President Democracy & Resources at the University of Birmingham Guild of Students), Ellis Palmer (Disabled Students’ Officer at the University of Birmingham Guild of Students), Rachel Cavet (Ethical & Environmental Officer at the University of Birmingham Guild of Students) and the Green Bike Project (local co-op based at the University of Birmingham) The ‘Birmingham Cycle Revolution’ aims to make cycling a widespread mode of transport accessible to as many people as possible. As such, it submitted an application to the Department for Transport (DfT) for £17m (in addition to around £7m from Birmingham City Council’s own budget). The Cycle City Ambition Grant has been granted and the people of Birmingham, as well as visitors, can access the green and blue corridors. 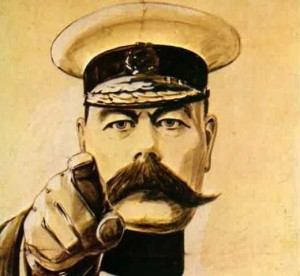 After countless hours of work from everyone involved the Green Bike Project is nearly up and running, and should be open in the summer term. One of the few things we need before we can open is a trained mechanic, to meet insurance requirements and also because it’s pretty important to have someone that knows what they’re doing if you want to open a bike shop!

I am booked onto the accredited mechanic scheme in April, paid for out of the national lottery funding we received earlier this year. So for two weeks over Easter I will be in Stafford, this is where we need a bit of help! I have managed to find somewhere to stay for a few days from couchsurfing.com but am still looking for somewhere to sleep from the 8th April.

So.. If you or anyone you know who lives near Stafford and would be happy to have me for a night or more in April it would be hugely appreciated. Get in touch here or on facebook.

The Green Bike Project – a student led bicycle maintenance project at the University of Birmingham have this monday received £8000 of National Lottery funding to help set up their workshop on campus by the Learning Centre. Supporting the Green Bike Project both as a member and an officer was one of my main manifesto points and I’m incredibly glad that we have reached such a major milestone so early in the year.
A group of us have been working hard over summer to bring the idea of the first student cooperative on campus into reality, having skype meetings and meeting with allsorts of people. We received help and advice from the local Birmingham Bike Foundry, the Cooperative Developement Hub in Coventy. The project has been receiving support from all corners with the university investing £7700 into the premise over summer and the officer team signing off the purchase of a £900 toolkit as part of Community Action Officer Sean Farmelo’s manifesto pledge to help the Green Bike Project get off its feet, and support community projects.
The shop will be entirely separate from the Guild, as its own distinct business registered with the FSA and will be open to all members and run by its members. It will be fully democratic and run by a system of general meetings where everyone’s votes are counted equally.

The premise is located in a shed between the Learning Centre and Biosciences building, and we are in the process of signing the tenancy agreement with the university for the space. After which we will be able to move in and start installing the furniture.
The Green Bike Project has the aim of increasing ridership on campus and creating a social hub for cyclists which will spread the idea of sustainable transport, and healthiness while reducing travel costs for students.
There will be tools and teaching available and volunteers at the project will help put on cycling related events and training.  The non profit organisation will also be selling refurbished bicycles at knock-down prices to help out students that need bikes but can’t afford them at retail prices.
The funding means the shop will be opening its doors imminently, it will also be able to hire a sessional worker to help get the project off the ground, providing  a meaningful part time job for someone in the community – something rare in the current economic climate. The group hold regular meetings and are reaching out for people to get involved in the setup of the shop. The next stage is to prepare for the grand opening of the shop! Facebook group can be searched for as ‘Green Bike Project’.